Many people will have seen the claim that Winston Churchill said the immortal words.

“The Fascists of the future will be the anti-fascists.”

Often when challenging a BNP, EDL or some other far right idiot online they will use this semi-famous quote of Winston Churchill to vilify the anti-fascists/ anti-racists stance.

But here’s the problem.

There is no record of Winston Churchill ever saying this.

And the Winston Churchill society when asked if he had said it, replied by stating.

“There was absolutely no evidence anywhere of him ever saying it and so, therefore, he didn't say it.”

So if he didn’t say it who did or where did it come from? 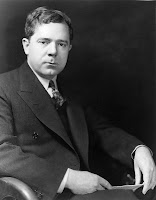 Well it appears that this saying has it’s origin in 1930’s America, from Huey Long a populist politician from the state of Louisiana.

And what he actually said is along the lines of.

When Fascism comes to America, it will (be in the name of/come under the guise of/be called) anti-Fascism!"

But even this is merely an adaptation of an earlier item that related to this.

Understand, that when both the saying and the earlier news item were constructed, used and printed. The world had no knowledge of the true danger of fascism. It was before WW2, it was before the Holocaust, and it was before the world woke up to the horrors of its political ideology.

And it appears that this saying was adapted from an earlier news item that caused a stir.

The fact is that both the quote and the news item are referring to false patriotism. They were stating that when fascism arrived in America or anywhere it will come under the disguise of people claiming to be patriotic to their country.

False flag wavers as we call them today.

But the ignorant far right like the BNP have taken this saying, claimed it was by Winston Churchill and use it to attack people who challenge them.

When in fact the saying and origin of the item relates to them and their kind.

As they are the false flag wavers who hide their fascist leanings with a so called nationalist patriotism that has nothing to do with being British.

I shall use the first paragraph from where this saying originated to emphasis my point.

The anti-Fascism movement as such at that time did not exist. There was no need for it as there was no serious fascist movement in the USA.

Huey Long was warning about false flag waving traitors, who claim to be patriotic but are in truth the most un-democratic people in our society.

As their democratic falsehoods are built on prejudice, hate and superiority over others.

And this is the truth of this saying, and it has as much validity now as it did back then.

Because in the 21st century that original news item that appears to have given birth to this saying would now read.

It will of course be called “BNP / EDL patriotism”.